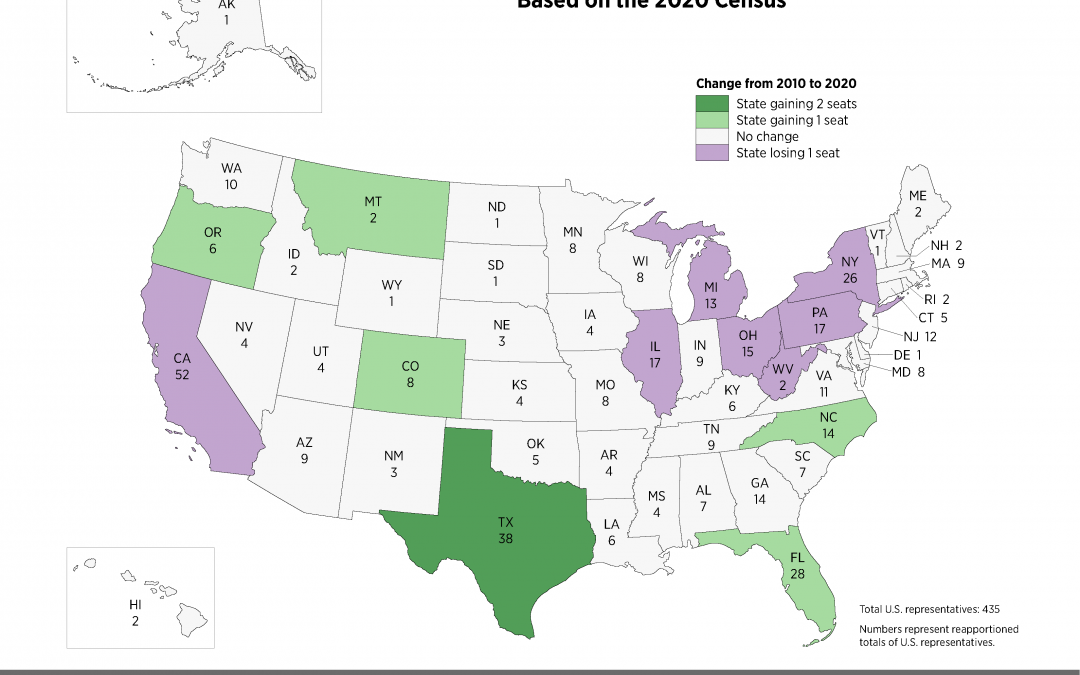 The U.S. Census Bureau recently released the 2020 Census state population counts and apportionment results. While Georgia’s population increased 10.6% to over 10.7M residents, it was not enough to get an added congressional seat. Five states gained one seat in the House of Representatives (Colorado, Florida, Montana, North Carolina, and Oregon), the State of Texas gained two seats, and seven states lost a seat (California, Illinois, Michigan, New York, Ohio, Pennsylvania, and West Virginia). CLICK HERE for more information and corresponding maps.

Local Census 2020 data releases have been pushed back due to the extended data collection timeline resulting from the COVID-19 pandemic. The Census Bureau has indicated local data releases should begin by August/September; however, availability will vary by geographic location and release dates are expected to extend into December. Contact the PGS Division for questions about the 2020 Census or the upcoming redistricting process.

« Back to All News